This is a Clock Alarm System for the Raspberry Pi. It has sunrise lighting, coffee machine control, physical snooze button, and an Android companion app.

The system is made of two complementary projects:

LightUpPi Alarm: The Alarm system running on a Raspberry Pi. It controls all the hardware triggered for the alarm alert, and provides multiple ways to interface with the system (command line, web front and server back-end).

It has been modularised into the following packages:

Additionally, an Android application can be used to interface with the LightUpPi Alarm system. For more information about this app please visit its repository: LightUpDrop Alarm

This application has been been develop to run a Raspberry Pi with Python 2.7. The project currently aims to maintain compatibility with Python 3.

Install the dependencies described below. Then download this repository, by clicking here or running the following in the command line:

You can see the project Python dependencies on the requirements.txt file.

This project uses the following hardware in addition to the Raspberry Pi: Pimoroni Unicorn Hat for the lamp light Belkin Wemo Switch for the coffee machine control * Philips Hue for the room light control

Note that the LightUpAlarm package can be used independently as an alarm system software and does not require any additional hardware to run.

There are three different ways to run LightUpPi Alarm:

This is an Android companion app for the LightUpPi Alarm.

It is an Android alarm app that synchronizes to the alarms running in the LightUpPi Alarm Raspberry Pi system.

It is based on the Alarm Clock app by Jacob Klinker, which in turn is a modification of the official Android Open Source Project DeskClock (updated for backwards compatibility). 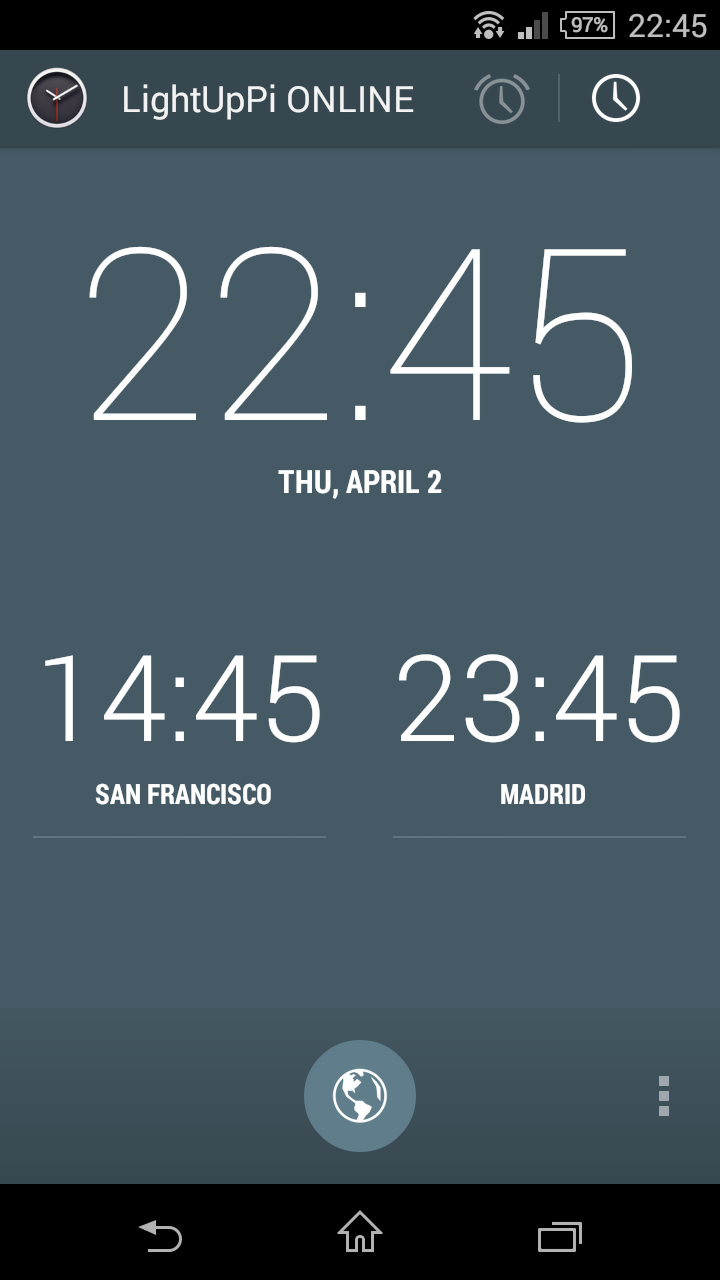 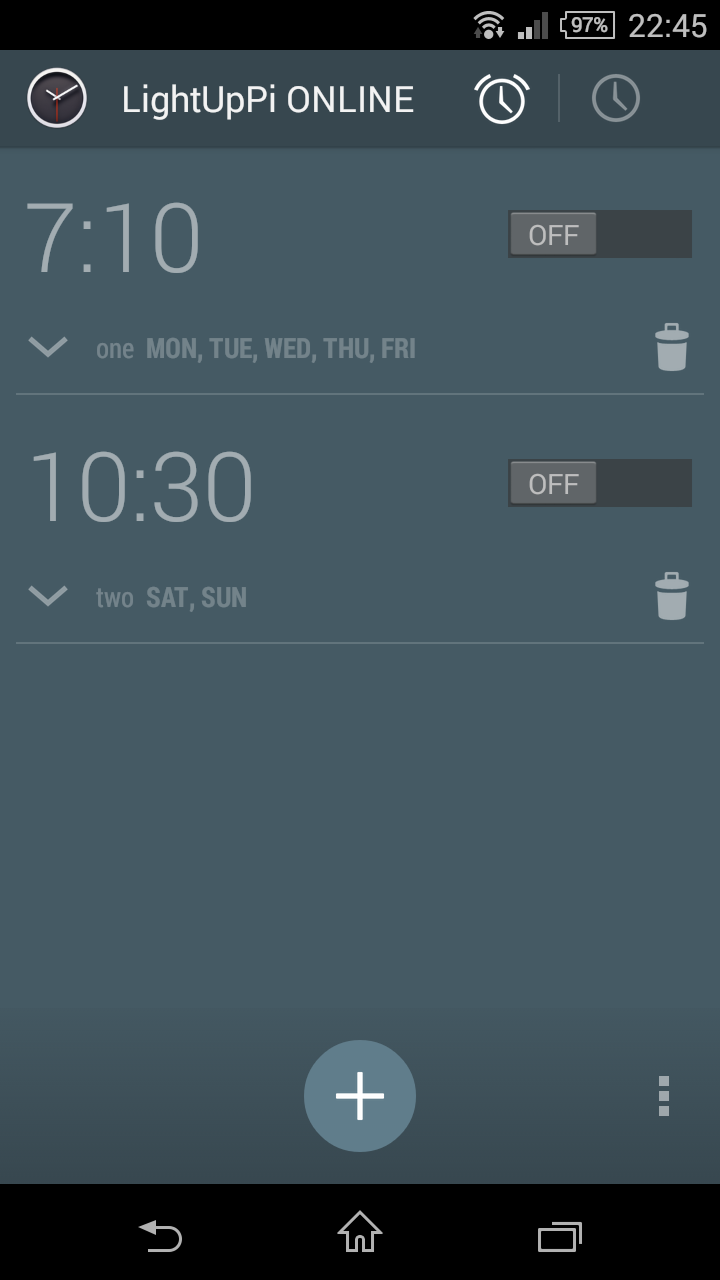 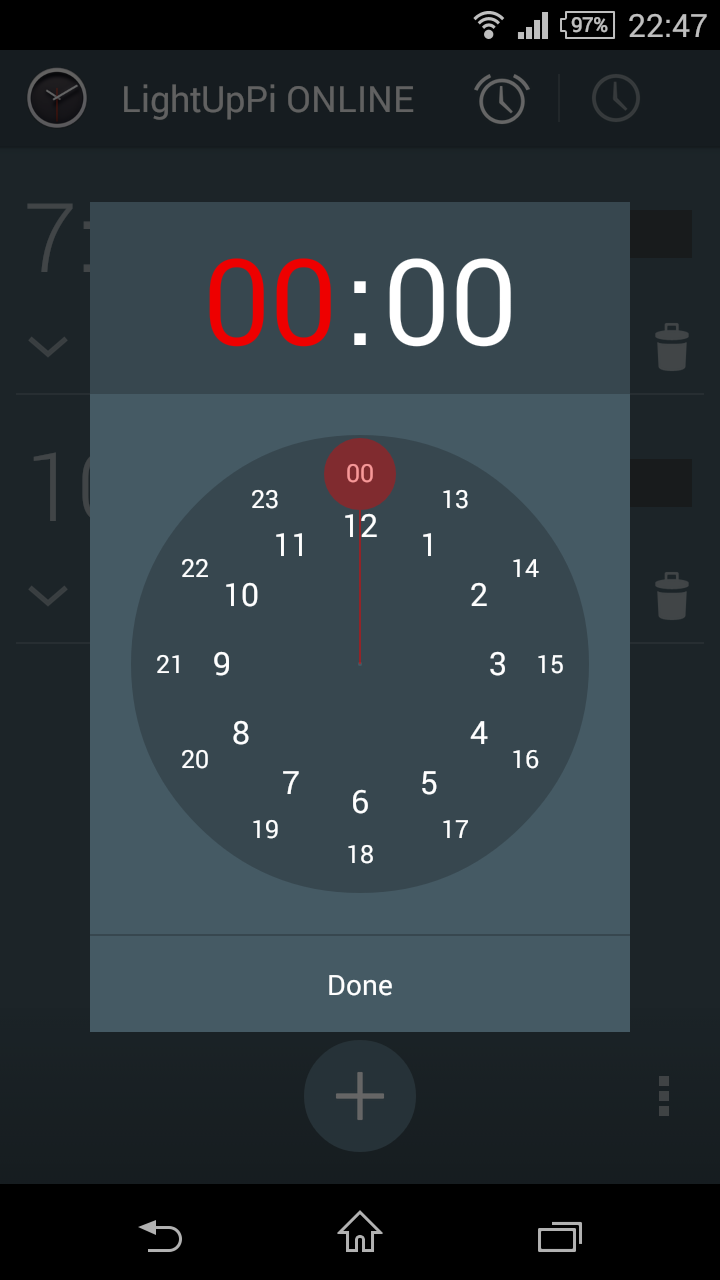 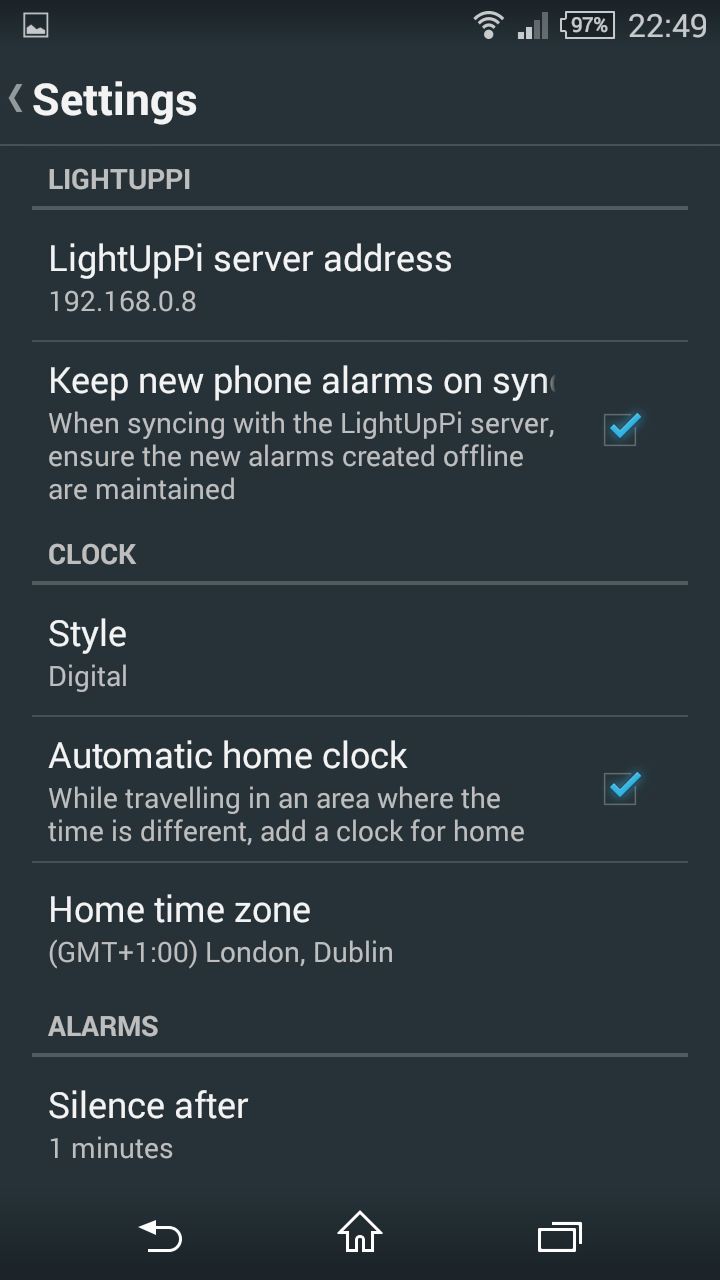 This project is licensed under The MIT License (MIT), a copy of which can be found in the LICENSE file.